Throughout my life, I have had both the pleasure and displeasure of meeting all different kinds of people. And in doing so, I have figured out the type of person I hope to be, the types of people I want to associate with and even the people I try to stay (far, far) away from for my own good. Then when I became a mother, I started thinking almost immediately the kind of person I hoped this beautiful small human being I held in my arms would become one day. But at the same time, in the back of my head, I started to think about the types of person I hoped his father and I would try to steer our child(ren) away from becoming as they grew up.

And in retrospect, the top five types of people I hope my boys never become are:

That person who is afraid of adventure or a little danger
I believe that buried within all of us is that sense of adventure, excitement and the need to satisfy that adrenaline junkie inside us every now and then. And for my children, I hope the fear of the rush never becomes so overwhelming that they never get the chance to ride atop the water on a jetski with the wind blowing in their hair and the warmth of the sun on their face. I hope the fear of something a little bit scary and a little bit dangerous never completely keeps them from jumping off that cliff, learning to ride that wave into the shore, climbing that mountain or even speaking up for themselves at the moment when it terrifies them most.

That person who can’t see that the differences in others are really a beautiful thing
It is perfectly obvious that the world is continually evolving and changing, and it is up to its inhabitants to change with it or get left behind in the dust. For children, it is so easy to see a world without differences whether it is the color of a person’s skin, someone who chooses to love another person of the opposite sex or the same sex and those born with any kind of disability, mental or physical. Children are born with this unwavering innocence that makes them unable to see barriers  between one another, the differences that may cause them or the people around them undue pain and most of all separation. When we grow older, that innocence starts to fade and our minds become jaded against those different from us or at least different from the norm. It is my hope that my children’s innocence perseveres and remains with them always even as they grow up. And that they continue to see people as only that – people deserving as much respect as them unless they do some type of action to no longer deserve it.

That person who fears change and the unknown 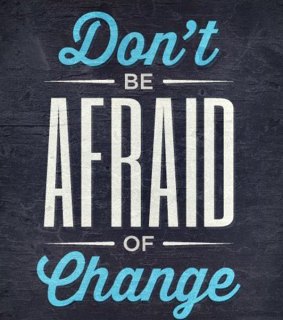 Throughout my life, I have met those people who have embraced the routine of their lives, day in and day out, without any longing for change or adventure to see what lies just over the horizon or what may happen if they step just outside their comfort zone. I only hope that we continue to instill in the boys’ minds that life is all about what you make of it. And change is never to be feared but rather embraced throughout their lives because without taking chances and risking the unknown to see what lies around the corner,  there is the jeopardy that the opportunity of a lifetime is just around the next corner. I would rather my boys run toward the curiosity of the unknown then always wonder what was just over the next hill and then wish later they’d only had the courage to stand on it themselves to look.

That person who doesn’t crave knowledge and isn’t excited about learning new things
I grew up in a home where continual learning was not optional but rather mandatory. Now my boys light up when they learn something new whether in the classroom or just in the backyard. My father would always encourage me to stay in school. “Keep feeding your brain, Jenny,” he would say to me. It continues to ring in my ears even more than 13 years since his death and nearly 15 years since I last stepped foot in a classroom. But I want my children to continue to come alive when they learn new things even as they get older. I want them to never stop craving knowledge because it is their inquisitiveness, their curiosity and their persistence to want to learn that will lead them every day in their pursuit to understand why everything works the way it does around them.

That person who eventually becomes that adult “respected” out of fear and anxiety
While I would love nothing more than for my two boys to grow up to be successful lawyers, doctors, police officers, firefighters, bankers, etc… What I want more than anything is for them to grow up and become one of those successful people who reached their roles of power by way of their own tenacity, determination and ferocity to want to better themselves. But I hope they don’t achieve this success by stepping on, belittling, being cut throat and undermining others. Also I hope through they have a desire to want to better those around them as well as themselves with everything they do. And I will work very, very hard to help mold my boys into considerate, nice, hard-working people who will earn their respect of their peers the same way everyone should by doing a job well and pushing through the trials and tribulations that life hands them each day.

As many people probably know, I adore my children and I want nothing but the best for them. But I also fully realize that as parents, we can only guide our children so far and teach them the rights and wrongs of life and show them the paths we would like them to take. Then it is up to our children to continue their stories once they have reached the age where their decisions can no longer be made by their parents and the paths of their lives can only be determined by their own choices. While it is often unbearable as parents to watch, we must eventually step aside, let them spread their wings, take a deep breathe and attempt to soar to the highest heights at their own risk. Soar, my angels, soar! 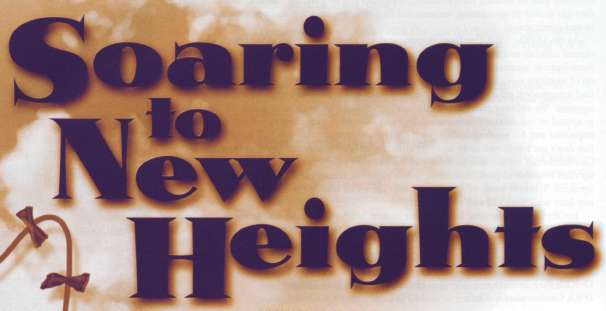