My three-year-old is one of those children who is always surprising us because we never know what to expect when he opens his mouth. When children are little, they are still figuring out how to put words together to make sentences and they are definitely still figuring out this whole thing called the American-English language. Sometimes, he can make us laugh out loud with the things he says. Other times, we’re running across a crowded store to cover his mouth because filters don’t exist for children who don’t see the wrong in pointing out the obvious. And finally there are times, when the words that come out of his little innocent mouth can move both my husband and I to tears.

The other night at dinner, my three-year-old was coloring his Steak n’ Shake placemat when he stopped me in my tracks with one statement – “Mommy, why didn’t my big brother wear his helmet on the fourth wheel (what he calls a four-wheeler)? If he wore his helmet that day, then he’d still be here, right?”

The innocence in his voice made me want to burst into tears. But with all the power in 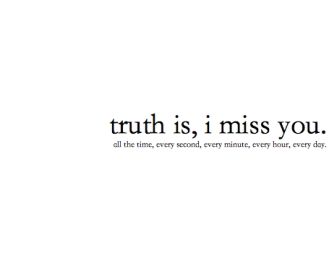 my body, I held it together, unable to really know what to say.

It turns out that the boys hadn’t even been talking about Timothy earlier that day with Grandma or Grandpa, but instead they were both just curious as to why their big brother didn’t wear his helmet years ago while riding his four-wheeler. Because to them, their big brother is just a boy in pictures, someone we tell stories about and this fun person they know existed before they really did.

These rapid fire questions went on for what seemed like forever when in fact it was probably only seconds. While it was a bit excruciating, it was adorable too because of how badly the boys wish Timothy was here to do all these things with them.

How do you really respond to the first question about why their big brother didn’t wear a helmet that day? Because I know why Timothy wasn’t wearing a helmet. Because he was one of the biggest free spirits I had ever met. And if there was a hint of danger in an activity, then he wanted to try it and relish every second of it. He loved the wind in his hair and the power beneath his feet. He had an unforgettable smile when he was doing something that was potentially cheating death, while many of us usually had our hearts in our stomachs hoping for the best.

But then again, why is my three-year-old the most fearless little boy one will ever meet? Because that is just who he is and who (God help me) he will grow up to be.

Or why in my five-year-old’s (who was four at the time) right mind would he want to leap off a nearly 40-foot cliff numerous times at the lake with his daddy? Because my curious older son wanted to know what the bigger kids were doing and ended up showing them all up by jumping with his dad.

As parents, we have to understand sometimes there are just no answers that make sense as to why things happen the way they do because simple and life are not two words that belong in the same sentence.

Why do people get into drugs and then later become addicted? While it may have all started because curiosity got the best of them, but then the need to keep topping their last high eventually turned into an addiction they could no longer handle.

Our lives seem difficult enough to try to add in the idea that some times there are no real answers to why bad things happen to good people. I watch my children find solace in knowing they never knew Timothy, by dreaming of the things he would’ve done with them if he’d worn his helmet that day and come home that Sunday afternoon like any other weekend after he’d gone four-wheeling with his buddies.

But since our lives were forever altered with the events of that weekend in June, what would our lives look like today if those events had not occurred? It’s hard to even think, but would my beautiful three-year-old even exist? Would everything be as it is right now at this very moment? Who knows?

Because the fact is he didn’t wear his helmet and he never came home.

As I have said numerous times before, my children teach me new things every single day – humility, compassion, unconditional love, sorrow for the loss of someone they never even met and now how to keep living after death. We know that we are proof that a family’s life can continue and even thrive after you lose a loved one because it is all about the choices we make as time continues to pass and the wounds have begun to heal. But each day is different and the tasks are often harder than the others.

If only he’d worn his helmet…

While it is an unspoken statement around our house and the other houses among our immediate family, I’m sure it is thought by most of us on a regular basis. If we can take any single lesson away from our pain, it’s life can change in an instant – embrace it, cherish it, hold on to it and never take it for granted.