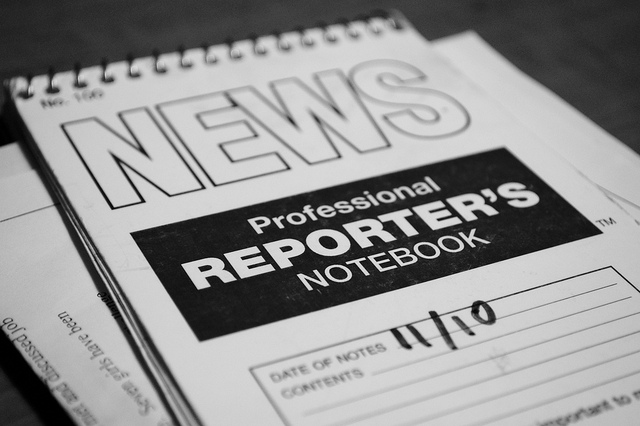 Even though I was only 23, I can still remember everything about walking into the newsroom for the first time and that feeling of actually being a daily news reporter.

I had worked for a local weekly suburban newspaper for about a year and made the right friends and connections and had found my way here. Jeez, was I nervous? What if I wasn’t as good of a writer as I thought? What if everyone hated me? Oh, man, what if I whined too much and was the complete girl reporter that everyone despised?

But what I didn’t know was I would find a little family in that newsroom. And after hearing recently of the passing of one of my fellow journalists, my mind is flooded with all the memories we had all of those years ago in that small satellite office in Collinsville, Illinois.

In that newspaper office, we were a hybrid of sorts because everyone was in one giant room – advertising, graphic design, one editor, reporters, one photographer and support staff. It was different from the main office where everyone was segregated and too often departments don’t mingle and mix. But we were all colleagues and some of us friends, working for the same team. 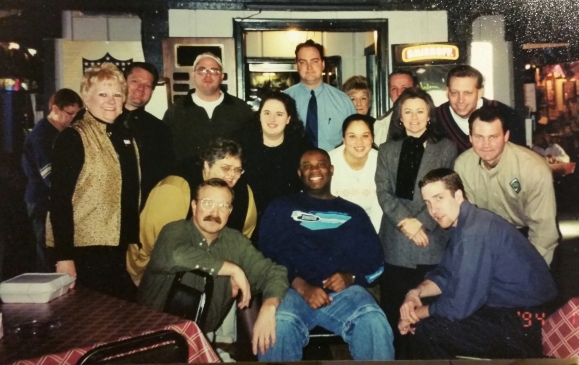 But hearing of the passing of Jayne Matthews, brings back so many memories of the kind of laughter that filled up a room, phone conversations with sources that often became heated, working relationships with colleagues that often just didn’t work and sometimes the occasional tears, screaming and overly emotional conversations, and perhaps even a beer or two on a Saturday afternoon.

Jayne was a Southern woman to her core. She never kept her opinions to herself and her opinions ran deep, especially when it came to marriage, children, government and a plethora of other things. But she could keep you on your toes. And if you were the person on the other side of that phone during an interview for a story, sometimes I don’t think they even knew what hit them half the time. Her stories were to the point and eloquent. And in her own Southern way, she taught me a thing or two about how to be a better reporter and even a better person.

Memories of her have my mind on replay about my life as a reporter because it is unbelievable to think that it’s been over seven years since I stepped into a newsroom. All of the breaking news stories, the horrible death stories and the wonderful feel-good stories – as a general assignment reporter, you write everything handed to you. You pretty much have sources everywhere you go if you know how to make ‘friends’ and how to talk. And your life becomes a constant 24-7 possibility that your phone could ring if a fire breaks out near your house or something even worse happens in the middle of the night.

Less than a year after I left the newspaper, that satellite office was closed and everyone was moved to the main office. I still drive by that shuttered office and swear I see people moving around in there like nothing ever stopped. Many of us gathered during the annual Italian Fest just outside the soon-to-be closed office just before it was set to shut its doors and reminisced about times spent there. Pictures were brought out from years past of all of us. Ones of me just made me feel old since I was 31 when I left the newspaper and the pictures showed a much younger person, maybe a more vibrant one full of life, wondering where her life would take her next.

. And while I thoroughly enjoy what I am currently doing, I have to admit the life of a reporter was one that I’ve never forgotten. Maybe it was because of the family that I had created there after so many years, maybe because no day was really ever the same or maybe it was just about being comfortable at what I was doing but it has definitely stayed with me over the years.  But I know I’m not the only one to leave the profession, several of us from the newspaper have gone onto different careers outside of journalism – the Darkside, as people in journalism like to call it. Because in the end, I was looking for something else to do with my talents and skills, but writing about people and the things they do is something I miss on a regular basis.

But to hear of the passing of one of the finest female reporters I ever had the privilege to work beside, it definitely makes my heart hurt and my mind wander. All of us drove each other crazy in that tiny office with our own antics, habits and straight craziness. But if we are insane enough to become reporters, then there has to be a little something wrong with us in the first place.

My life as a reporter has never been far from my memory, along with the people I met, the experiences I gained and everything else that helped me become the person I am today — both professionally and personally. So many things have happened in my life since leaving the newspaper, but then again so many things started for me also when I was at the newspaper too. Never forget your roots!

With all your wit and wisdom, Jayne Matthews, you will be missed! Godspeed, my friend!

One thought on “Newspaper Print May Wash Off Your Hands, Never Your Soul”