Every now and then, I am disheartened to see people who graduated with me in college still loyal and enthusiastic about our Alma Mater.

When I look back on my college experience, I came away with great memories of finding my way after one tumultuous freshmen year of basically being a wallflower, working behind the front desk of our University Center, hanging out/partying with friends and struggling to figure out what I really wanted to do when I grew up after graduation. Sadly, several of those friends have since fallen away from my life, while many others remain simple acquaintances/friends on social media. 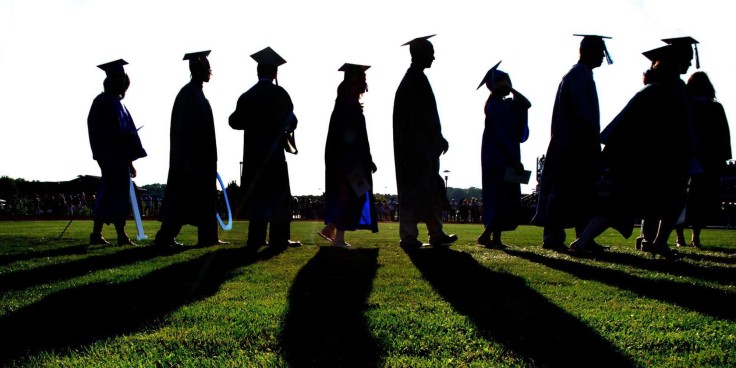 For so many of my friends who I sat next to in countless classes, their college experience was so different from mine. They had advisors and teachers who supported them, challenged them and continued to help them even after they left the halls of our university. For me, I never was offered any encouraging words from my advisor. Instead he told me during most advising sessions that my choice to be a reporter/writer was an ill one. According to him, I neither had the talent nor the knack for this profession; and I may be best suited to try my hand at something else. Since he was also the advisor for the University’s newspaper, I often became discouraged. At times, I thought about even changing my major. But it was on the encouragement of my peers and another close friend/classmate, who I would later see as a mentor, that I continued to trudge through the program and eventually graduate with a degree in Mass Communications with an emphasis in Journalism.

I was one of the first people in my class to get a job in newspapers, never using any of my teachers or my advisor for a reference or source of guidance. Several classmates became close to professors and stayed in contact long after graduating. But me, I continued to stay the course without that guidance. When I was hired at a daily newspaper, I was shocked when my editor asked me why my former college advisor, who was also an acquaintance of his, had commented, “Oh, you mean she actually stayed in journalism.”

College was several things to me. But a nurturing learning environment where I could feel like I had the opportunity to soar and excel at what I thought I could do best, it was not.

And then a few years after graduating, I decided maybe I would go back to school to get a degree in education and teach. So I chose three different universities to research as to which one had the best options for working professionals. When I reached out to my Alma Mater, I was not greeted with much enthusiasm. Rather, I was sent a letter informing me that none of my credits were transferable since the college had realigned its curriculum and courses. They encouraged me to come back and pursue a English degree, but if I did, it would have to be as a freshman all over again.

And while going back to school to get a second degree from any university never worked out, my Alma Mater was the least willing to work with me, the least open to my full-time work schedule and the least bit impressed with the fact that I had already graduated with one degree from this same university.

About two years ago, I left a perfectly good job at another university to do what I thought would be one of my dream jobs in a communications capacity. I was back at my Alma Mater, working at the highest level of my professional career. But quickly the dreamy part of the job turned into something more nightmarish less than a month after starting. My boss believed that I was not a competent writer despite my 15 years of experience prior to taking the position. I was ridiculed, my name and my abilities torn down right in front of me on daily basis and I was told to leave silently one day without much fuss. What was even more upsetting about this experience, even more than the consistent harassment about my lack of skill and talent, was the fact that I am an alumna of this university and it didn’t seem to matter one bit to anyone.

When I was a student at this university, I served as an Orientation Leader for two years, welcoming new students to the campus at the start of a new year, helping to make them feel at ease with the transition to college. I was later asked to be a part of the Student Leadership program, which brought students together from all over the campus who had demonstrated leadership qualities and abilities, and were willing to continue harnessing those skills to lead the student body and be a role model.

But all of that went to the wayside later as an alumna, when I was let go from my ‘dream’ position after some person who had a track record of disposing of people at his will. The fact that I had graduated from this university obviously meant nothing to anyone of consequence.

On my last day at the university, I finished my work, met with the HR director who barely even recalled the fact that I had received my education there, I packed what little belongings I still had and then slowly slipped out of the building without much noise or commotion and drove home.

I find it so disappointing that so many people who I stood next to, partied with and even grew up with in college had such a different experience than me. And what’s even worse was I wanted that experience more than anything. I came to this particular university because it provided the option of taking journalism courses as early as my freshmen year, which is different from another very popular journalism school in the region.

But after the ordeals I have endured and the behavior I should’ve never taken a blind eye too, I have reason to believe that I could find more pride in the university I worked at two years ago. While I worked with a great team of people there, the general camaraderie around campus seems far more relaxed and less stressful. I would enjoy cheering on the teams and perhaps even donating to their initiatives and fundraisers whenever possible because that university actually offered me more reason to have pride as an employee.

While I know that I am not alone and not everyone has a fantastic college experience, I have to admit that I kept giving my  university the benefit of the doubt over and over again. Despite all the memories I took away from my college years, the experiences I have gained since graduating; those are what have truly helped me continue to grow professionally and personally over the years and become the person I am today.

2 thoughts on “Rah! Rah! Go… The College Experience from the Commercials Isn’t Always the Real Thing.”