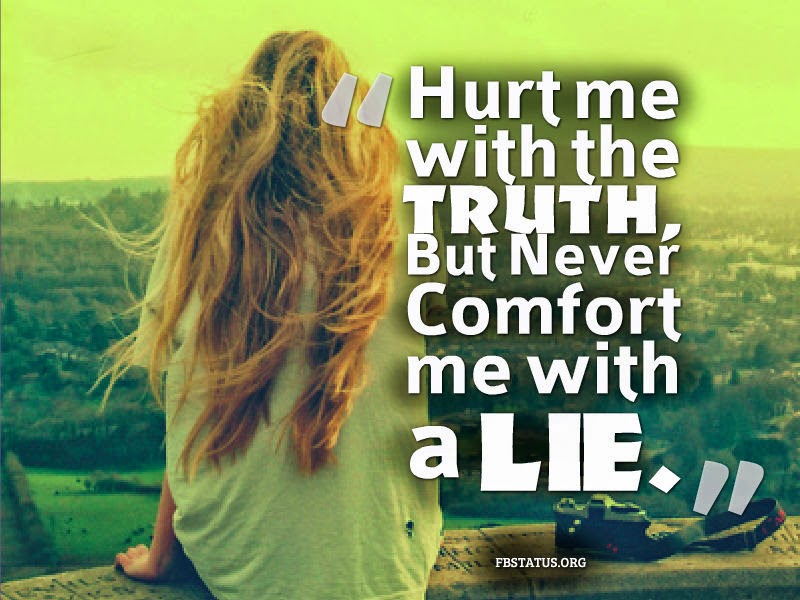 As defined by the Merriam-Webster Dictionary:
Truth is the real facts about something; the things that are true; the quality or state of being true; and a statement or idea that is true or accepted as true
A lie is to make an untrue statement with intent to deceive and/or to create a false or misleading impression.

When I was a little girl, I was always that naïve one who believed that everyone would always be truthful with me no matter what. And then as I got older, I realized that people don’t always work that way and  some believe there can be variations of the truth and sometimes a little lie won’t hurt someone every now and then.

Sometimes I wish life was like Pinocchio and it was as easy as knowing someone was lying just by watching their nose grow. But life is not that simple and weeding through the truths to find the lies is often as hard as finding a needle in a haystack. Have you ever played that game two truths and a lie? Seems like more and more that game is resembles reality with each passing day, but once again the trick is figuring out what’s the lie and what’s the truth.

When I grew up, I wanted to be: World Traveler, Writer & Physical Therapist 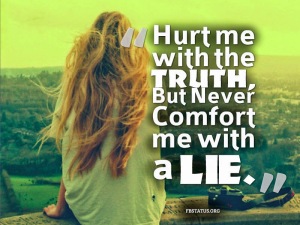 But the part that has come to suck the most is the growing up part. In becoming an adult, I see people who’ve been in my life for years  for their true selves. People, I have thought of as my closest, dearest friends, are no longer the people I thought they were and even worse those people who I hoped or believed would be by my side for the rest of my life are gone.

Sometimes in the beginning it’s subtle little things, little lies here or there with occasional omissions of truth. Then even worse, the  bold face lies just because somewhere, somehow they began to believe that it would be easier to lie to me then tell me the truth with the idea that I may not be strong enough to handle the truth.

Nothing infuriates me more than people believing I am too weak and fragile to handle the cold, hard truth of any matter. Of course, the lying is second on that list, followed by the talking behind my back. If a person does not have the courage to say something to my face about how they feel about me or what they think I’m doing wrong, it’s going to be even worse for you in my mind if I find out that you talked about me behind my back in a negative way. This is only compounded when the backstabbing is mediated by complete and utter lies and fabrications to only make the other person feel better. 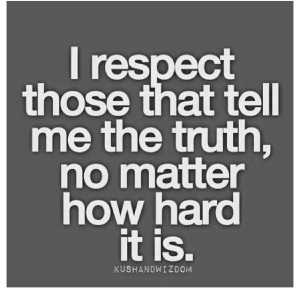 One of the perks about getting older though, the bullshit tends to come to the surface easier when I finally took my own masks off to see what was going on right in front of me. Close friends with their own agendas, who had left without as much of an explanation or reason. Others who have remained but I’ve lost pieces of trust over the years because of incessant lies and hurt feelings. And I’m not talking “You stole my dollie” feelings either; I’m talking about the “When did our lives become so different, that you decided to look down upon mine?” feelings.

Maybe they think I’ve changed. Maybe they think I’m the bitchy one who walked away from them or pushed too much for them to just be truthful with me. Maybe it was just that time in our lives to part ways and go in different directions. Maybe our friendship was just meant to leave enough stain on our souls to remember what we went through together and now it’s time to go. Maybe there are more people like me who just get tired of being played for the naïve fool. Either way, this is who I am and it really doesn’t matter.

In the future, I want to be: A Better Mom, A Best Selling Author & A Reporter

So here I am, trying to figure out my life and the direction I want to take it from this point forward with three beautiful children, a granddaughter, a husband and a good stable job, as well as a supportive family and friends I know I can trust, my own strength of character and an unwavering spirit that many have tried to break for whatever reason and still have not.

Our lives are what we make of it. And spending it surrounded by people who see me as anything less than the person I truly am or even people who want to make me less than who I truly am seems like a complete waste of my time.

As an old friend of mine once said years ago, “Jennifer, don’t surround yourself with turkeys when you should be soaring with eagles! “ This advice has never been far from my mind so I guess it’s about time I start listening to it.

*Note: The headlines before each section are my “two truths and a lie.” As far as the lies, world traveler was never an aspiration, just more of a hope; Las Vegas – it’s a spectacular place just not one I’d ever say is my favorite; and I was already a reporter for eight years, freelanced for four. 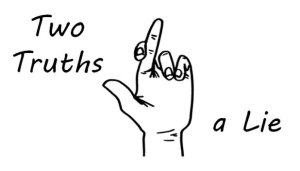